* In case of any delay in receiving the OTP, you may verify it later. Please proceed without verification.

Enter your City name or Pincode

Tikamgarh is one of the prominent cities located in northern Madhya Pradesh state. More importantly, it serves as district headquarter of Tikamgarh District, one of the 50 districts of Madhya Pradesh State. On the outside, Tikamgarh looks like any other small town city struggling to achieve economic viability, but when one starts to scan through the city one will be pleasantly surprised to discover that this city and its adjoining towns are filled with many beautiful temples, forts and palaces. All these landmarks are symbolic of this city’s glorious history. Below is more detailed information about Tikamgarh city, not just about its glorious history, but also about its geography, economy, transport and all other information’s that is important about this city. 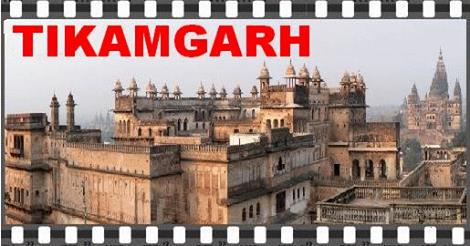 Tikamgarh owes its glorious history to kingdom of Orchha. A glorious kingdom founded in Orchha town (located just few kilometers away from Tikamgarh city) by Bundela chief Rudra Pratap Singh in 15th century A.D. This small kingdom had made Tikamgarh region and many of its adjoining cities and towns its permanent home for many centuries. However, its reign was met with timely challanges from Mughals, Marathas and finally from Britishers. But it was only Britishers who were successful in making deep inroads into Orchha kingdom. By the turn of 19th century, Orchha became a princely state under British domain. It remained a princely state under British domain till 1947, the year when India achieved independence from British Empire. Read More......................

Speaking specifically about geography of Tikamgarh, then few prominent rivers and their tributaries pass through this district. Betwa and Dhasan rivers criss cross through Tikamgarh. These rivers hold immense importance for agricultural production and supply of drinking water to the entire district. As far as richness of flora and fauna and minerals are concerned, then unfortunately this district doesn’t have much to boost. And now coming to the most important aspect of geography, cities and districts located in the border areas. Tikamgarh District is bounded by Chhatarpur district in the east, Lalitpur district Uttar Pradesh in the West, Jhansi in North and Sagar District in South.

Tikamgarh’s economy is over reliant on agriculture. The over reliance on agricultural sector means that modern day economic sectors like industrial sector and service sector contribute very minimally to city’s revenue. To tell you more about industrial sector specifically, then most of the industries concentrated here are either small or medium scale industries. Amongst them most are engineering units, wooden based furniture factories, ready-made garments & embroidery and agro based industries. And as for large scale industries are concerned, then as of today only one prominent large scale industrial company is operating. This company is K P Solvex Pvt Ltd, a soybean oil manufacturing company located in Harshmau village of Tikamgarh District. Harshmau Village is not located very far away from main city of Tikamgarh.

Tikamgarh city has long way to go in building a really robust healthcare infrastructure. As of today city does not boost any sophisticated multi specialty and super specialty hospital. Besides, number of hospitals and hospital beds are also way less than required demand. Another major hindrance and cause of concern is sheer lack of pathological labs and diagnostic center. But it is heartening to know that at least city has no shortage of chemist shops and doctors.The only obvious conclusion that can be drawn from all the above information is that Tikamgarh’s healthcare services suffers from serious infrastructure deficiencies. It is not only in the dire need of focus and direction from state administration, but also needs huge private investment.

Famous Lord Shiva Temple at Kundeshwar Village: This Lord Shiva Temple is one of the holiest shrines for Hindus residing not just in Tikamgarh District, but also in other parts of Madhya Pradesh state. This holy temple is precisely known by the name Kundadev Mahadev Temple.

Jain Temples located in Ahar Village: Famous Jain temples of Ahar village are not just visited by local jains, but even by local Hindus. Though not much history is known about these Jain temples, but it is religious fervor and passion that these temples evoke that makes them so much worth visiting.

Transportation services in Tikamgarh city can be described as just about decent. The city boosts a railway station, which was actually inaugurated only in 2012. However, as of today this station is directly connected to only Jhansi Railway Station. But via state run buses Tikamgarh is connected to many prominent cities of Madhya Pradesh. And there are good frequencies of city buses to and from Tikamgarh on daily basis. As for local transportation is concerned, then there are decent number of auto rickshaws plying through the city, but absence of city bus service does make local transportation very lethargic.

Comments / Discussion Board - About Tikamgarh