* In case of any delay in receiving the OTP, you may verify it later. Please proceed without verification.

Enter your City name or Pincode

If Tikamgarh region has able to stamp its own unique and distinct place on the map of Madhya Pradesh, then it is purely because of the virtue of its rich history. Therefore it is not at all surprising that even to this day Tikamgarh city continues to live under the shadow of its glorious past. This is reflected by various monuments scattered across the region. These along with others testifies to the glorious assiociation of Tikamgarh with rest of India. 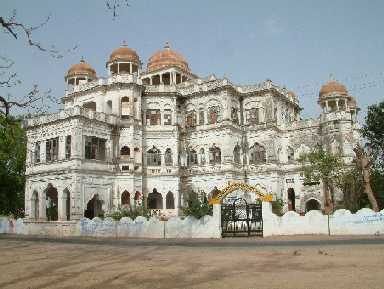 Before we walk you through glorious history of Tikamgarh, we’d like to tell you about how the name ‘Tikamgarh’ was actually originated. Tikamgarh’s old name was actually Tihri. This old name was replaced with the new name Tikamgarh by Raja Vikramajit – one of the many kings of Orchha kingdom. Raja Vikramajit would have never initiated this name change, had he not decided to shift the capital from Orchha city to Tihri. It is believed that Raja Vikramajit was not really fond of the name ‘Tihri’ and therefore came with name ‘Tikamgarh’. He adopted this name in the honor of Lord Krishna – word ‘Tika’ in ‘Tikamgarh’ stands for Lord Krishna.

Tikamgarh had the fortune of being ruled by many great ancient empires. Although today there are no historical monuments to remind us about glorious history of these ancient empires, but many ancient manuscripts and other archeological finds do tell us about their influence and impact on Tikamgarh region. As for which all great ancient empires ruled this place, then Mauryas, Sungas and Gupta Empire had ruled this region for considerable time. Another empire that deserves a special mention here is Khangras Dynasty. Their mention is pertinent here because splendid Garh Kudar fort was built during their brief reign. Today Garh Kudar fort is probably the only living symbol of Tikamgarh’s ancient history. Khangras had ruled Tikamgarh city from 11th century A.D to 14th century A.D.

Without mention of Orchha history of Tikamgarh will remain incomplete and obsolete. Orchha kingdom rose to prominence around 15th century, when Rudra Pratap Singh (founder of Orchha kingdom) dethroned powerful Khangras dynasty and successfully laid the foundation for Orchha kingdom. Orchha Empire ruled the entire region, which today is denoted as Tikamgarh District, for almost four centuries. During their rule of four centuries the entire Tikamgarh region reached its zenith in all the important areas. But the one important area whose achievement can be cherished even today is architecture. Many splendid monuments, forts and temples scattered all throughout Tikamgarh District is testimony of architectural achievements of Orchha kingdom. Among them architectures of Chaturbhuj temple, Laxmi Narayan Temple, Jahangir Palace and Sawan Bhadon Mahal are especially worth experiencing. In fact their architecture leaves locals and tourists captivated even today.

Here symbolic importance of Jahangir Palace is really worth mentioning. This huge and beautiful palace built by king Vir Singh Deo symbolizes the bonhomie that existed between Orchha kingdom and erstwhile powerful Mughal Empire. This palace was actually built in the honor of Mughal king Jahangir, who was one of the close confidants of king Vir Singh Deo. The bonhomie between these two powerful kings also had a positive impact on Orchha kingdom. This bonhomie, however, abruptly ended when Raja Jujhar Singh rebelled against Mughal emperor Shah Jahan (son of Jahangir), who avenged this act of rebellion by attacking Orchha town. Shah Jahan in fact managed to keep Orchha town and many other areas of Orccha kingdom under his captive for many years.

Succeeding kings of Orchha kingdom, however, managed to again regain supremacy over the lost territories, but their unchallenged supremacy over Tikamgarh region had completely gone. This was amply vindicated when resurgent Marathas began challenging their reign around 18th century and eventually succeeded in dethroning Orchha kingdom for a brief time. The sunset of once powerful Orchha kingdom was finally brought upon by mighty Britishers, who had reduced Orchha Empire as autonomous kingdom under their crown.

From above information we can make conclusive conclusion that Tikamgarh’s history spans across many centuries. Many great empires rose and fell during course of these centuries, but for people of Tikamgarh none of the empire was as great as Orchha Empire. Deservedly so, as they took entire Tikamgarh region to great height and zenith. And their centuries of great achievement today can act as major catalyst and inspiration for people of Tikamgarh, who today are struggling and striving very had to put Tikamgarh city on the economic map of Madhya Pradesh state.

Comments / Discussion Board - History of Tikamgarh